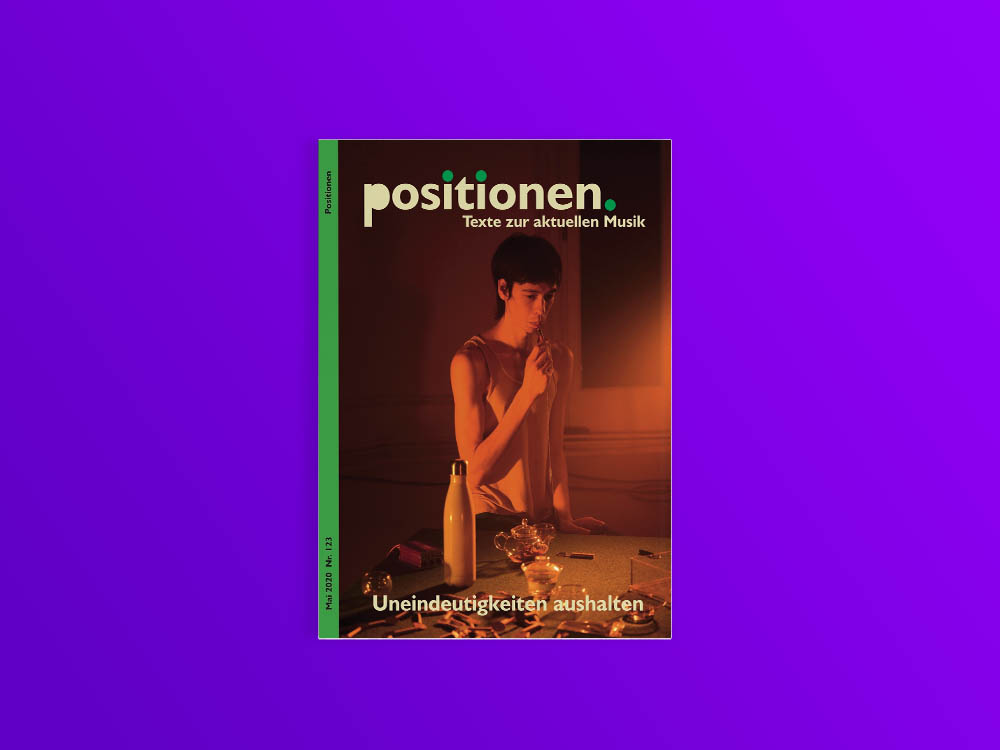 ‘Never before has the concept of the live performance been put to the test as it was when the virus put public life on hold,’ writes Julian Kämper in Positionen. ‘Virtue is born of necessity, and so cultural workers mobilized all available channels in order to transmit music digitally, even inventing new formats in order to exhaust the online potential of musical art.’

This voyage of discovery went through several stages. First, the remarketing of the archive by opera houses, record labels and musicians as a ‘meaningful way’ for audiences stuck at home to ‘beat the boredom’. The second phase was the live streaming of performances in empty auditoriums and rehearsal rooms. Here, attending ‘live’ became part of the attraction. However, confronted with a surplus of music online, ennui began to set in. In the third phase, people began to long for the community of the live experience; it began to be said that musicians played better in front of live audiences. When musicians themselves could no longer play together, the fourth phase entered. Zoom became the venue, the living room the backdrop, the split screen the defining image.

Kämper’s conclusion: on the one hand, there has been a burst of musical creativity prompted by the exceptional circumstances; on the other, the debate already underway about the concept of ‘live’ has received new attention. Both developments are reasons to be optimistic.

Ambiguity and politics: The central focus of the issue is on musical ambiguity and its relation to politics. Journalist Tobi Müller writes on how the cabaret artists of the Weimar Republic cultivated vocal imperfection as an expression of resistance and nonconformity. The great exception was Marlene Dietrich, whose ‘conventional’ delivery admitted less ‘vulnerability’ – perhaps in reaction to the emergent dangers of Nazism.

The art of vocal ambiguity later became a staple of pop music, a genre unsuccessfully appropriated by the far-right, according to Müller. Yet the polished pop of today is also notable for its intolerance of imperfection. No wonder that none of the social movements of the last two decades have nor been accompanied by a specific ‘sound’. Instead, today’s pop musicians appear to ‘chase after’ political change: ‘it is rare to find an interview in which they don’t draw attention to their anti-sexist and anti-racist convictions and try to do everything right.’ This caution comes through in the vocals, writes Müller, ‘as if we were at a similar point as Dietrich in the 30s’.

New music: Composer Sandeep Bhagwati is in two minds about Italy’s balcony-singing trend during the corona crisis. It proved that music was ‘systemically relevant’, but also that some musical genres were more relevant than others. ‘Didn’t Schönberg believe that in a hundred years, the children on the street would be whistling twelve-tone songs? So why weren’t they intoning Nono’s Il Canto Sospeso, why not Donatoni, Battistelli, Romitelli, Billone, Ronchetti, Fedele, not the music of the group Nuova Consonanza?’

The failure to ask this question suggests that musicians and cultural policy-makers alike have grown used to the fact that after 1945, new music has ‘not played itself into people’s innermost cultural repertoire. It didn’t even occur to most that, during these spontaneous performances of communal self-confirmation, a form of expression such as New Music could serve a meaningful purpose.’