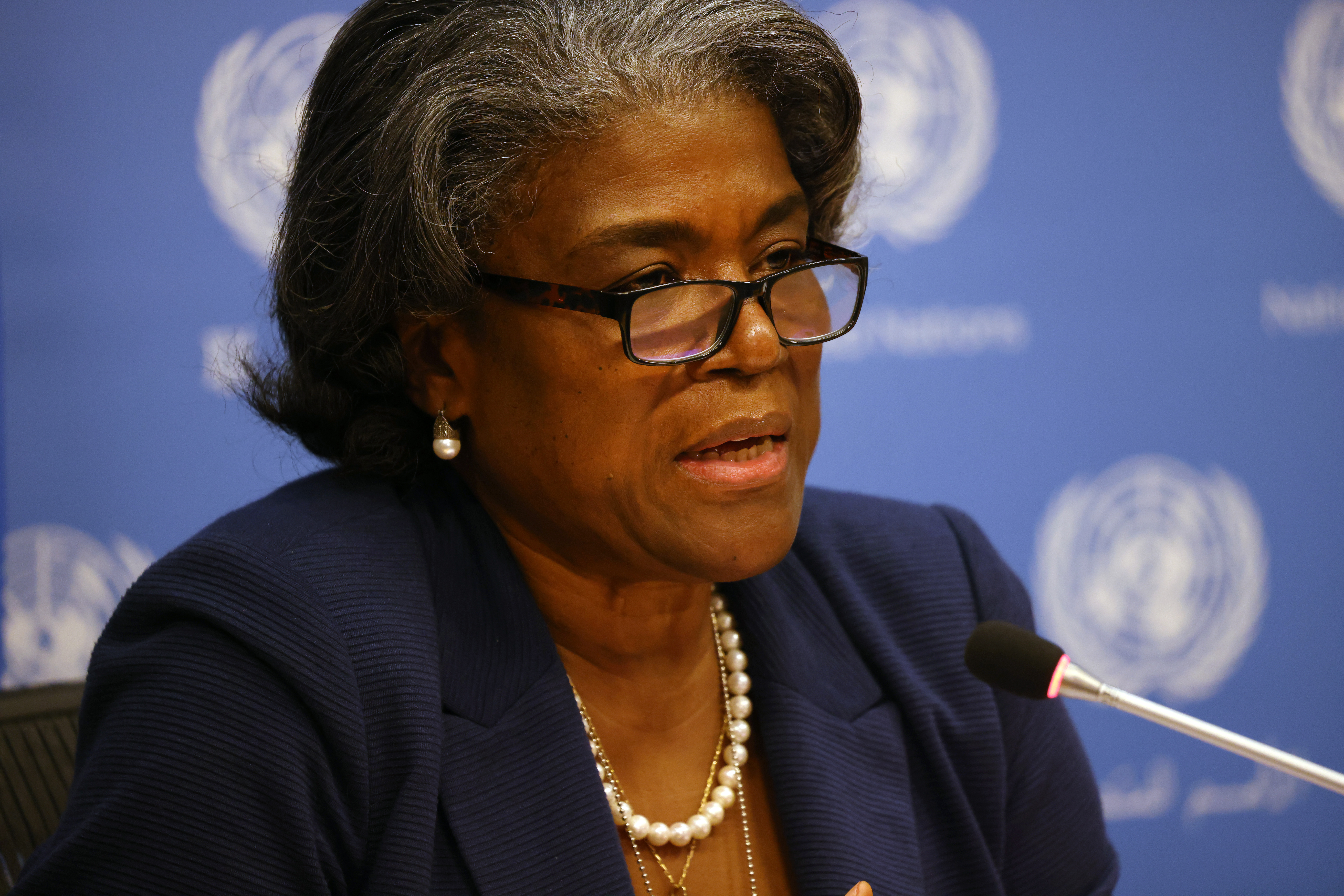 U.S. Ambassador to the United Nations Linda Thomas-Greenfield on Wednesday pleaded for peace, asking Moscow to send its troops home.

As the United Nations Security Council convened and called for Russia to not move forward with an attack, Russian President Vladimir Putin announced a “special military operation” seeking the “demilitarization and de-Nazification of Ukraine,” in an apparent declaration of war.

Thomas-Greenfield called it a “perilous moment.” Blasts could be heard in Kyiv soon after Putin’s speech, which was televised at around 5:45 a.m. Moscow time.

“We’re here for one reason and one reason only: To ask Russia to stop. Return to your borders. Send your troops and your tanks and your planes back to their barracks and hangars. And send your diplomats to the negotiating table, back away from the brink before it is too late,” Thomas-Greenfield said, adding that what the U.S. and its allies had predicted has become true.Thomas-Greenfield said there is “no middle ground,” and only Russia is “culpable” for the conflict. Putin’s declaration could launch the largest land war in Europe since World War II, a conflict that will bring an “untold amount of human suffering,” Thomas-Greenfield said.

“Russia has brought its people, the Ukrainian people and the world to the brink of a conflict that will produce an untold amount of human suffering,” Thomas-Greenfield said. “Every day Russians should be asking themselves right now: How many Russian lives Putin sacrifice for his cynical ambitions?”

Immediately after Putin’s statement, President Joe Biden responded with his own statement.

“The prayers of the entire world are with the people of Ukraine tonight,” he said, “as they suffer an unprovoked and unjustified attack by Russian military forces. President Putin has chosen a premeditated war that will bring a catastrophic loss of life and human suffering. Russia alone is responsible for the death and destruction this attack will bring, and the United States and its Allies and partners will respond in a united and decisive way. The world will hold Russia accountable.”