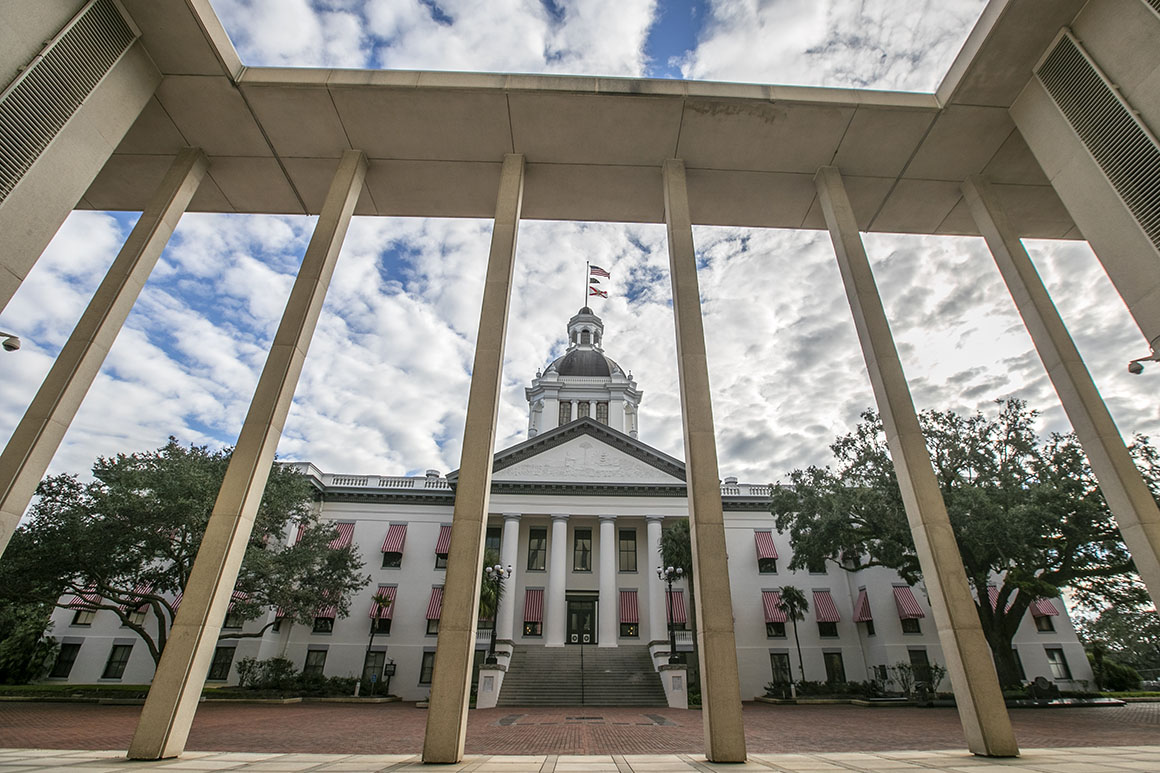 TALLAHASSEE — Democrats and Republicans in Florida had reached an uneasy truce over redistricting, avoiding a major public conflict even weeks after the GOP-led state Senate had released its preliminary maps.

Democrats teed off on new draft congressional maps published by the Republican-led Florida House, accusing the opposing party of playing political games with the redistricting process. The public friction comes after the Republican-led state Senate earlier this month released maps that gave the GOP an additional congressional seat, but faced more criticism from Republicans than Democrats because it was seen as not aggressive enough.

“Earlier this month, the Florida State Committee on Reapportionment released draft maps that appeared to be a good starting point, accommodating the state’s population shifts without turning existing representation upside down,” said Kelly Burton, president of the National Democratic Redistricting Committee. “Today, House Republicans are using new draft maps to show exactly how badly they can gerrymander the state.”

The Florida House on Monday released two draft maps that would have given former President Donald Trump an advantage based on the 2020 election results: One draft would have Trump winning 17 of 28 districts while the second has him winning 18 districts. The drafts are designed to show the change, not to affect the outcome of the election. All four state Senate congressional drafts released earlier this month include 16 districts Trump would have won.

Trump won 16 of the state’s current 27 congressional districts. Florida is gaining a new seat due to continued population growth.

One seat getting specific attention is the 7th Congressional District, an Orlando-area seat held by Democrat Stephanie Murphy. One House map would slice the seat up, giving all of increasingly Democratic Seminole County to a district currently represented by Republican Mike Waltz. It also shifts the western boundary into largely African-American areas of Orlando, covering much of the territory represented currently by Democratic Rep. Val Demings, a Black former Orlando police chief vacating her seat to run for U.S. Senate against Sen. Marco Rubio (R-Fla.).

It leaves Murphy, who is Vietnamese-American, with the choice of running in a seat that is now slightly Republican-leaning, or a Democratic seat whose demographic makeup is tailor made for a Black candidate.

“The second Congressional plan from the Florida House is a pretty notable gerrymander. It nukes #fl07 Murphy’s seat,” tweeted Democratic data consultant Matthew Isbell. “This is by far the most aggressive plan.”

Democrats had been concerned that Republican map drawers would try and blow up Murphy’s seat, a fear that prompted her to consider running for Senate — rather than reelection — this summer. Unlike the draft maps released by the Florida House, each draft map release by the state Senate leaves Murphy with an unsplit district that is a clear performance advantage for Democrats.

The House-drawn state legislative maps also give an edge to the GOP. The maps maintain wide Republican advantages, giving the party 70 of the chamber’s 120 seats on one map, and 68 on another. Republicans have long held huge majorities in the Florida Legislature’s lower chamber, a dynamic that would continue to be built on over the next decade under the proposed draft maps.

House Minority Leader Evan Jenne (D-Dania Beach) said he was “still reviewing” his Republican-dominated chamber’s maps, but said the process has not been transparent.

“They have months/years of drawing maps behind closed doors,” he said in a text message. “Going to take a while to digest it.”

The House release comes after what had so far been a controversy-free redistricting process in Florida. During the last map-drawing process, Florida faced four years of accusations of untoward partisan influence as well as legal challenges and brought the Fair Districts anti-gerrymandering amendments to the state Constitution by voters in 2010. As a result of the legal fights, raised by left-leaning voter rights groups, the state’s current congressional and state Senate seats were drawn by the Florida Supreme Court.

Concerned of running afoul of those provisions, the Republican-led Florida Senate published what some Republicans saw as overly cautious maps, and GOP House leaders have been clear with members to avoid the appearance that politics is influencing map drawing.

“The House strongly discourages members from having planned or unplanned conversations about redistricting with individuals who have a vested interest in the outcomes of the redistricting process,” House Redistricting Committee Chair Tom Leek (R-Ormond Beach) wrote in a memo to his members.

House redistricting panels that oversee the legislative and congressional map-drawing process are set to meet in the Capitol this week to consider the newly-published plans, but maps are not expected to be finalized until the regular 2022 legislative session, which begins in January.

After a brief meeting Monday, Senate Select Subcommittee on Congressional Reappointment Chair Jennifer Bradley (R-Fleming Island) said she thinks the Senate will return to consider its chamber’s maps during the first week or two of the legislative session. The Senate released a second set of maps last week, but they made only a slight change that did minimize the splitting of cities but did little to impact partisan makeup.

“We have come extraordinarily far in what has been an extremely condensed amount of time," Bradley told reporters. "I believe we’re on the right track for success."