Early on Wednesday morning, a Minneapolis police officer working as part of a SWAT team shot and killed Amir Locke using a raid tactic that the city and its Democratic mayor, Jacob Frey, had said they would ban in the wake of George Floyd’s murder.

A 22-year-old Black man sleeping on his friend’s couch, Locke was shot within nine seconds of the police entering the downtown apartment. Police confirmed, after releasing body-camera footage Thursday night, that the SWAT team conducted a no-knock raid—a controversial tactic cops used in Louisville, Kentucky, when they killed Breonna Taylor, and which politicians had said they would ban in Minneapolis after the murder of George Floyd. Police noted Locke had his hand on a gun, but due to the lack of warning before police entered the apartment, the speed at which they crossed the threshold, and the chorus of yells that immediately filled the apartment, it would’ve been difficult for Locke to determine that the loud, armed men who broke into the apartment were police officers.

The horrific death calls into question whether Minneapolis’ leaders, like the freshly reelected Mayor Frey, after two years of protests, uprisings, more police killings, and two separate officers now convicted of murder and manslaughter, have taken to heart the message of a need for substantive change.

All of Mpls, the @MayorFrey-aligned group that defeated the police charter amendment in the 2021 election, has removed a page from its website that claimed Frey had "banned no-knock warrants" during his first term.

In a chaotic press conference Thursday evening held by Frey and Interim Police Chief Amelia Huffman, Huffman confirmed that the SWAT team, which was working on behalf of the city of St. Paul’s police department, had been issued a no-knock arrest warrant. On Friday morning, there was a slight wrinkle added: It was reported that St. Paul police had not requested a no-knock warrant from a judge, but when Minneapolis police moved to execute the warrant on the other department’s behalf, “MPD insisted the warrant be changed to authorize it be executed without first knocking.”

In the press conference Huffman pointed to Locke’s gun to justify the officer’s shooting Locke. “As there’s a gun emerging in your direction, you’re forced to make a split second decision about when it’s a threat,” she said. Rob Doar of the Minnesota Gun Owners Caucus released a statement on Friday morning that read, “Mr. Locke did what many of us might do in the same confusing circumstances, he reached for a legal means of self-defense while he sought to understand what was happening.”

Ben Crump—who has represented numerous victims of police violence including the family of George Floyd—and Twin Cities–based attorney Jeff Storms have already announced they had been retained by Amir Locke’s family. In a press release, they compared the circumstances of Minneapolis police killing Locke to those of Louisville police killing Breonna Taylor, which many in the Twin Cities had begun to do as details of the case trickled out on Wednesday and Thursday. “Like the case of Breonna Taylor, the tragic killing of Amir Locke shows a pattern of no-knock warrants having deadly consequences for Black Americans,” read the statement. “This is yet another example of why we need to put an end to these kinds of search warrants so that one day, Black Americans will be able to sleep safely in their beds at night.”

In the press conference, Huffman also confirmed that Locke was not named in the arrest warrant. In the initial police press release, Locke was called a “suspect” four separate times. In a call with media Friday morning, Crump reportedly called this “character assassination.”

On Friday morning, Minnesota Attorney General Keith Ellison, who charged and prosecuted Derek Chauvin for murder, announced he was partnering with Hennepin County Attorney Mike Freeman to review the case and decide whether to file charges.

It’s not hyperbole to say that Locke’s killing by Minneapolis police was the result of a specific policy choice, the details of which have been misrepresented to the public by the mayor and police.

In November 2020, Mayor Frey and recently retired Chief Medaria Arradondo announced a new policy that would regulate and limit the use of no-knock search warrants. In April 2021, Frey publicly apologized to a woman whose house was raided by a Minneapolis SWAT team serving a no-knock arrest warrant on behalf of suburban Anoka County. They had gone to the wrong house, and reportedly held the resident’s 12-year-old daughter at gunpoint in a predawn raid. In August 2021 reporting by MinnPost revealed that Minneapolis police had obtained 90 no-knock search warrants nearly a year after the policy was first announced. “What this policy did was to produce a very objective and clear line, which says: the announcement has to be made prior to the breach of the threshold. That’s the change,” Frey told MinnPost at the time.

This is not the same thing as what is claimed on a page of the city’s website titled “The Future of Public Safety in Minneapolis.” One of the reforms that is said to have been implemented since the murder of George Floyd is: “Banning unannounced entry or no-knock warrants except in extreme cases like a hostage situation and requiring MPD officers to announce their presence and purpose prior to entry.” In campaign materials during his reelection push this fall, Frey touted his work “banning no-knock warrants.”

As Mother Jones wrote in 2020, from 2010 to 2016 alone, at least 81 people have been killed by SWAT teams serving no-knock warrants, including Aiyana Stanley-Jones in 2010, a 7-year-old who was killed as she slept on the couch after police officers entered the wrong apartment. As my colleague wrote:

Historically, police officers executing a warrant were supposed to knock, announce themselves, and wait before entering a person’s home. But in the 1970s and ’80s, as the war on drugs ramped up, many officers argued that drug dealers would take advantage of the warning to destroy evidence or arm themselves. Judges began approving more no-knock warrants, along with “quick-knock” warrants, another type that requires officers to knock but allows them to barge inside seconds later. Around the country, no-knock and quick-knock drug searches surged—from around 3,000 in 1981 to at least 60,000 annually in recent years, according to Peter Kraska, a professor at Eastern Kentucky University who studies these raids. In many cities, it’s rare for a judge to deny an officer’s request for a no-knock warrant, partly because it’s easy to argue a suspect will be dangerous when you consider that 4 in 10 American adults live in a home with a gun.

The killing of Amir Locke at the hands of the MPD brought back a familiar feelings of pain and frustration for newly-elected Ward 2 council member Robin Wonsley-Worlobah, who learned the news via social media. “It always hits you deep in your spirit. The emotional torment that comes with hearing that another shooting happened, knowing that there are things that communities have been organizing around for a number of years to prevent incidents like these,” said Wonsley-Worlobah in an interview on Wednesday night. “We are currently at a moment in our public safety system where, justifiably, community members have no faith, they have no trust in our system,” she said.

Wonsley-Worlobah began her work as a community organizer in the wake of the Minneapolis police killing Jamar Clark in 2015. As a candidate that made “Yes on 2″—a ballot referendum that would’ve removed a minimum requirement of police officers from the city charter but lost by a 56-44 percent margin—central to her campaign for city council, Wednesday’s news, “reinforced that I have a responsibility to work with my colleagues to actually deliver the the necessary and bold and innovative changes that needs to happen within our public safety system,” she said.

On Thursday, Wonsley-Worlobah tweeted “the opponents of Question 2 wanted us to believe that the Chauvin verdict was Justice for George Floyd, so that they wouldn’t have to build a system that could deliver justice and safety for Amir Locke and every other Black person in this city. The promises of justice and reform were bold-faced lies from people in power who wanted to appease a grieving and scared community.”

This fall’s election season was a tense one in Minneapolis, where voters decided on the fate of the police department as well as all 13 city council seats, the mayor’s office and whether the city government should be restructured to give Frey increased legislative power as a “strong mayor.” Frey ran explicitly against Question 2 and tied himself to the well-liked former Chief Arrondondo, who was perceived as a moderating influence on an out-of-control department. Frey won reelection by a healthy margin, and the “Strong Mayor” ballot amendment also passed. This means that incoming councilors like Wonsley-Worlobah have less power than they would’ve in the past, but it also means that Frey has put himself on an island, with nobody to pass responsibility onto.

With the backdrop of another fatal police shooting, on Wednesday afternoon the city council met to discuss a new police-stafffing study published Monday by an outside consulting firm. It all but recommended many of the investment in alternatives to armed police officers that were promoted by the Yes 4 Minneapolis campaign, an organization formed in support of Ballot Question 2. Wednesday’s shooting occurred just blocks away from the courthouse where Derek Chauvin was convicted for the murder of George Floyd last April, and came while Chauvin’s fellow officers are facing civil rights violation charges at a federal courthouse in St. Paul.

By Thursday night, Wonsley-Worlobah was calling on Mayor Frey to resign. “The Mayor failed to make changes after the murder of George Floyd and MPD continues to have unchecked power to judge and execute Black people. Mayor Frey asked voters for more power, and he got it. He needs to use his power to create a Department of Public Safety, or resign.” 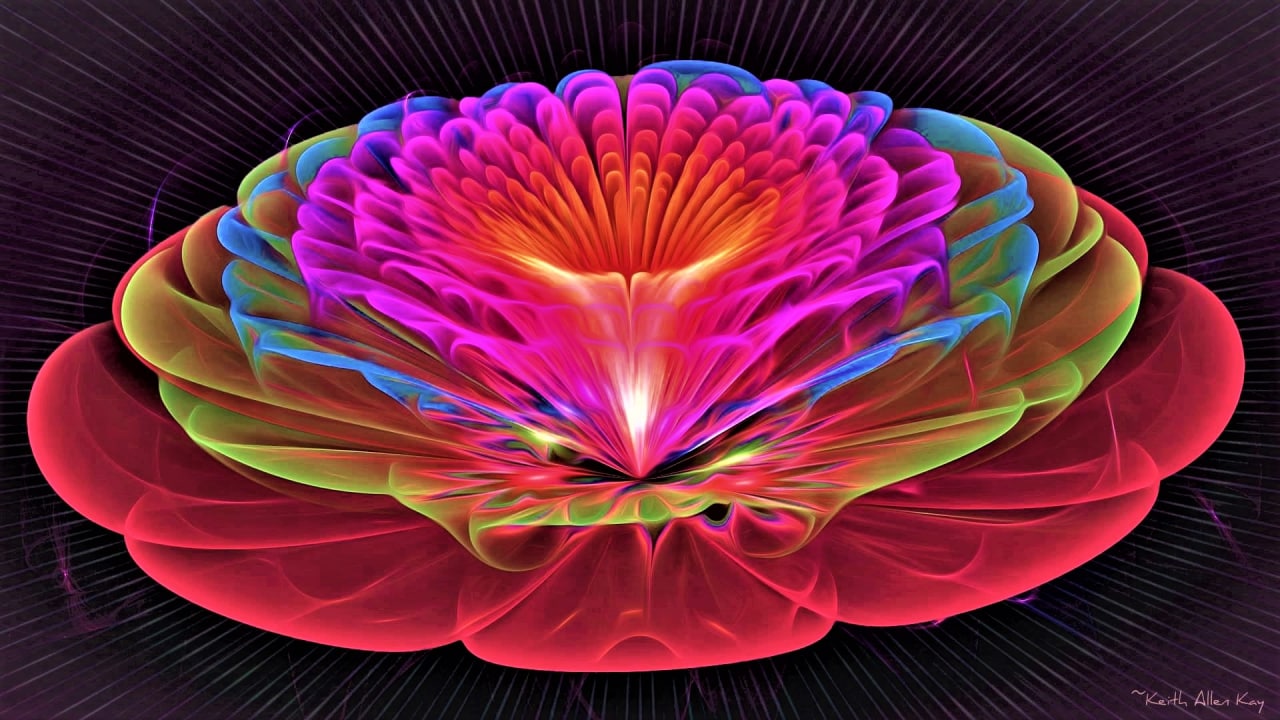