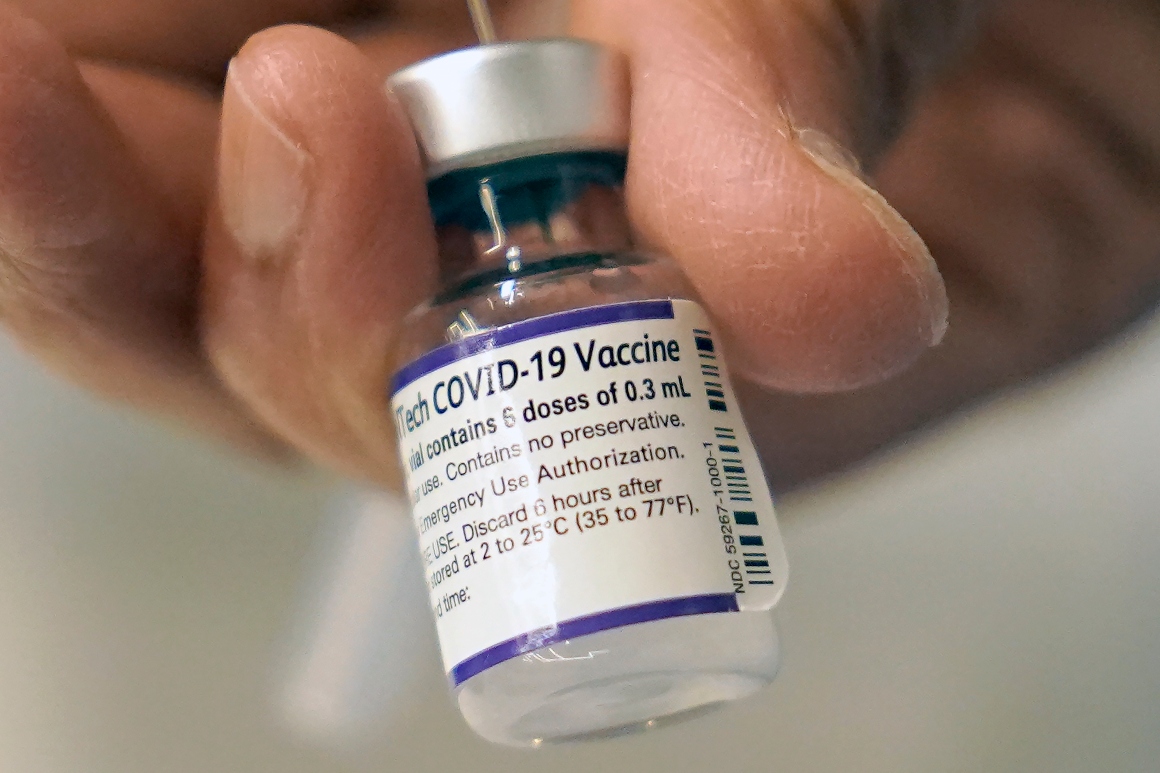 The Centers for Disease Control and Prevention’s outside advisers on vaccines recommended Wednesday that adolescents ages 12 to 17 should get Covid-19 booster shots as the Omicron variant continues to sweep across the U.S.

The advisory panel signed off on the recommendation in a 13-1 vote following presentations by doctors suggesting boosters are likely to increase antibodies in young teens that could help them fight off disease caused by the new strain. Data also indicates the risks of myocarditis, an inflammatory heart condition that’s a rare side effect of the messenger RNA Covid vaccines, are lower for 12- to 15-year-olds compared to 16- and 17-year-olds, especially males.

A study to be published by the CDC later this week also indicates that the Pfizer two-shot primary vaccine series is 91 percent effective in preventing 12- to 15-year-olds from developing multisystem inflammatory syndrome, a post-infection condition in Covid patients that’s led to hospitalizations and deaths in some children.

Still, the prospect of boosting even more Americans while there’s a significant number of eligible-but-unvaccinated individuals nationwide roiled some panel members as the U.S. heads into the pandemic’s third year.

"This booster will not be a hammer," said Helen Keipp Talbot, associate professor of medicine at Vanderbilt University, who argued the priority should be vaccinating all children and was the only panel member to vote against the recommendation. "This booster will get the nail in a millimeter."

"Boosters are incredibly important, but they won’t solve this problem of the crowded hospitals," she added. "That’s going to be the unvaccinated."

CDC Director Rochelle Walensky is expected to sign off on the recommendation as soon as Wednesday night. It comes after the Food and Drug Administration on Monday authorized Pfizer-BioNTech boosters for 12- to 15-year-olds; teens ages 16 to 17 were previously advised that they "may" get boosters.

"As the pandemic continues to evolve, we believe it is important to offer as many eligible Americans as possible the opportunity for a booster to help maintain protection against the virus and circulating variants,” said Bill Gruber, Pfizer’s senior vice president of vaccine clinical research and development. The company’s Covid-19 vaccine is the only one authorized for use in the U.S. in people under 18.

Some committee members lamented what they characterized as the murky nature of the Covid vaccination program — and whether its goal is to prevent severe illness and death, or minimize the number of overall infections.

"I think that has been a fault from the beginning of the vaccination program," said Pablo Sanchez, a pediatric infectious disease specialist at Nationwide Children’s Hospital in Columbus, Ohio. He suggested early messaging focused on immunizing to prevent infection has contributed to vaccine hesitancy.

Committee Chair Grace Lee, associate chief medical officer for practice innovation at Stanford Children’s Health, said the U.S.’ goal should be to prevent infections, noting their effects on the ability of individuals and communities to function.

"This is not dissimilar to the reasons we also continue to use tools like masking and testing," she said. "We are trying to reduce the risk of infection to protect ourselves and others.”

Wednesday’s recommendation comes as the Biden administration pivots its messaging to encourage Americans to be "up-to-date" on their Covid shots — implying they should get boosters if eligible — while insisting people are considered "fully vaccinated" against Covid if they’ve gotten their primary series. That’s considered two doses of Pfizer’s or Moderna’s vaccines, or one dose of the Johnson & Johnson shot.

"That definition is not changing," Walensky said earlier Wednesday. "But consistent with how public health has historically viewed or even talked about how we recommend vaccines, we are now recommending that individuals stay up to date with additional doses that they are eligible for."