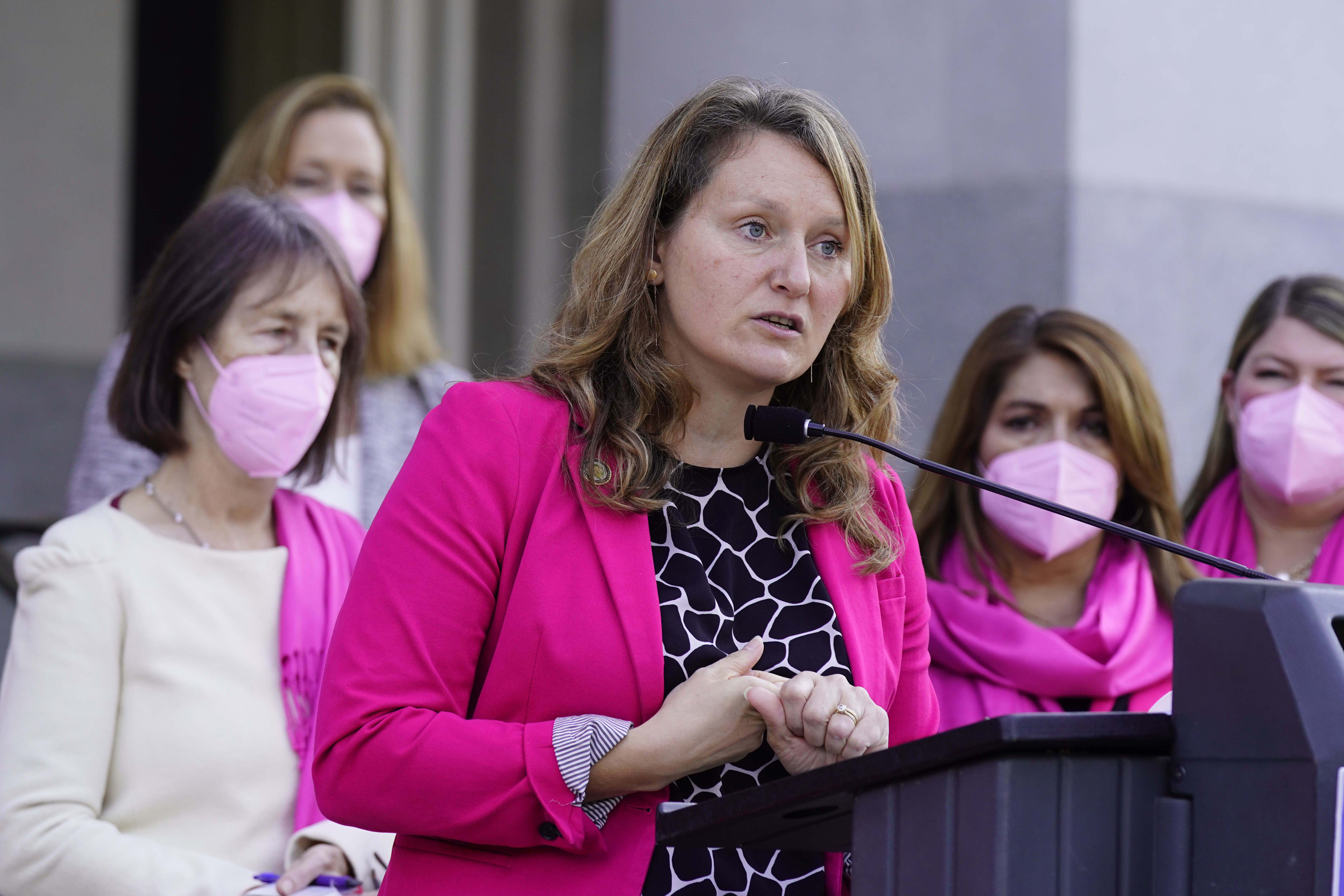 California would be the first state to impose Covid-19 vaccine mandates at all workplaces under sweeping new legislation to be unveiled Friday.

The bill from Assemblymember Buffy Wicks (D-Oakland) comes as Gov. Gavin Newsom plans to release a statewide pandemic exit strategy signaling the transition to an “endemic” phase of the public health crisis.

“The pathway to endemic, for us to get back to some sense of normalcy, is through vaccines,” Wicks told POLITICO in an exclusive interview. Wicks floated a similar proposal last year but didn’t introduce it.

Wicks is acting after the U.S. Supreme Court nullified the Biden administration’s employer vaccine mandate — a decision that, she said, opened the door for state lawmakers to take the lead on the issue.

Assembly Bill 1993, which would likely take effect next year and levy penalties on employers that don’t comply, is likely to draw criticism from mandate foes — especially as infection and hospitalization rates driven by the Omicron variant continue to plummet.

But Wicks argues that the unpredictability of the virus makes the case for the legislation. “It has seemed like things are moving in the right direction many times before with this virus, and yet there we were with another wave,” she said.

Last year’s effort would have required customers as well as employees to show proof of Covid-19 vaccination. Wicks narrowed it to focus just on workers, and removed the testing option over concerns about who would pay for the tests.

Former New York City Mayor Bill De Blasio imposed a similar mandate on the city’s private-sector businesses before left office at the end of last year, but the requirement has not been issued on a state level.

The mandate would apply to workplaces of all sizes, as well as contractors, and allow for only medical or religious exemptions. It would require new hires to have at least one dose by their start date, and a second dose within 45 days.

The California Division of Occupational Safety and Health and the California Department of Public Health would provide guidance to employers on what constitutes a valid medical or religious excuse.

The bill does not yet specify whether workers would need to get a booster shot to count as fully vaccinated, nor does it specify penalty amounts. The measure would remain in effect until the U.S. Centers for Disease Control and Prevention determines that vaccines are no longer necessary to protect the public’s health.

Wicks’ bill marks the fourth piece of legislation to come out of the newly formed “vaccine caucus,” a group of seven California lawmakers committed to introducing policy measures that address Covid safety protocols and vaccine misinformation.

The other bills include CA SB866 (21R), by Sen. Scott Wiener (D-San Francisco), which would allow children 12 and older to receive vaccinations without their parents’ consent.

CA SB871 (21R), by Sen. Richard Pan (D-Sacramento), would require that all schoolchildren receive a Covid-19 vaccine starting in 2023, making it the strictest student mandate in the country if approved. Assemblymember Akilah Weber (D-San Diego) last week introduced legislation that would give school districts access to the state’s immunization registry to check whether a student is vaccinated against Covid.

The bill will go through committee hearings later this week. Wicks said she has been in discussions with employers and other organizations and that some support the proposal.