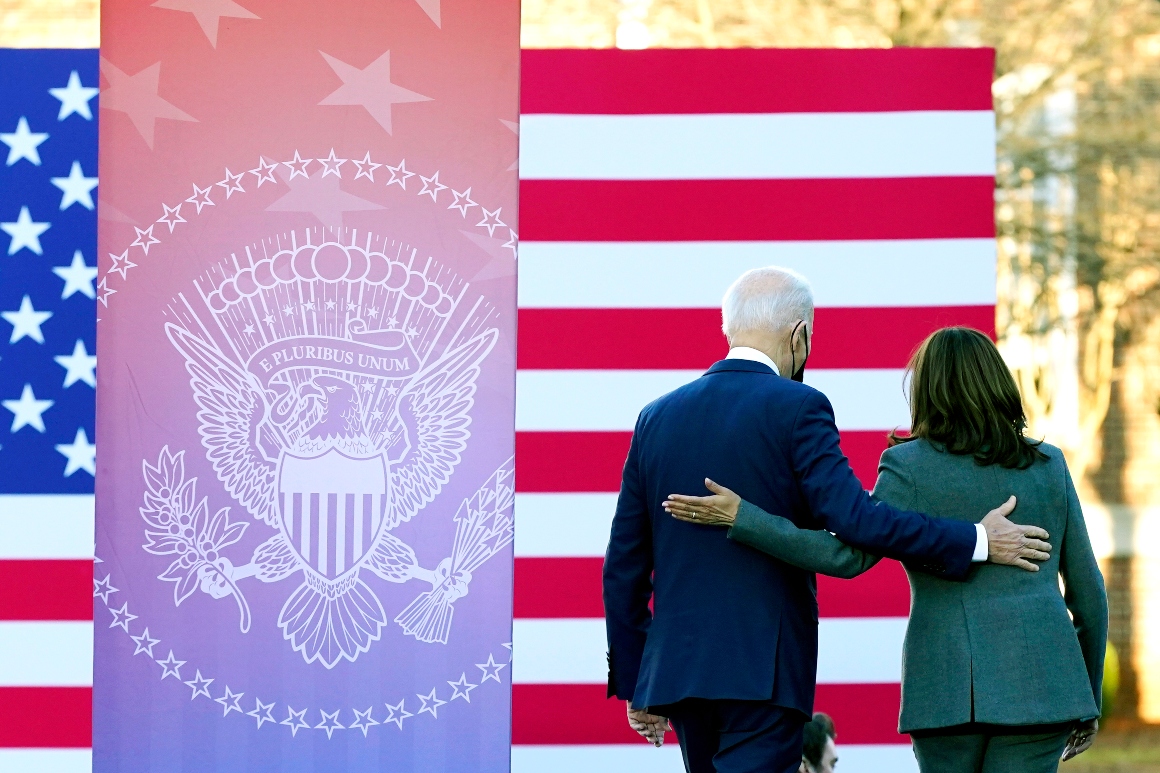 President Joe Biden on Wednesday committed to Vice President Kamala Harris as his running mate in 2024 when he runs for reelection.

“Yes and yes,” Biden responded during his first news conference of the year when a reporter asked whether Harris would be on his ticket and whether he thought she was doing a good job on voting rights policies.

When asked to elaborate, Biden said, “There’s no need to.”

“She’s going to be my running mate, number one,” he said. “And number two, I did put her in charge. I think she’s doing a good job.”

The vice president has been assigned to facilitate policy solutions on pivotal topics such as voting rights, immigration and border security, yet the lack of political movement on those issues has earned Harris criticism from both Republicans and Democrats.

Harris has also received criticism over claims that she’d created a tough, demanding and unhealthy work environment. Defenders of the vice president have pointed to the double standard that women of color in politics face, compared with their white male colleagues.

The vice president’s office has also been experiencing a staffing shake-up, as prominent members of the office have departed, most notably Symone Sanders, Harris’ former senior adviser and chief spokesperson.

In early December, Harris and Transportation Secretary Pete Buttigieg traveled together to Charlotte, N.C., to promote the newly passed infrastructure bill, a trip that fueled an array of election rumors that would exclude the current president. Buttigieg has deflected these rumors, saying he is “squarely focused on the job at hand.”

Speculation has arisen about whether Biden would run for president in 2024. Before the 2020 election, he made some ambiguous comments on whether he would seek eight years in office, though POLITICO reported that Biden signaled to aides he would serve only one term.

“I feel good and all I can say is, watch me, you’ll see,” Biden told The Associated Press in October 2019. “It doesn’t mean I would run a second term. I’m not going to make that judgment at this moment.”

However, the president has maintained that he will seek reelection as long as he is “in good health,” he said in an interview with ABC’s David Muir in December.

Former President Donald Trump also seems to be gearing up for a possible 2024 run. Biden responded to Muir by saying that the possibility of facing Trump again would “increase the prospect of running.”