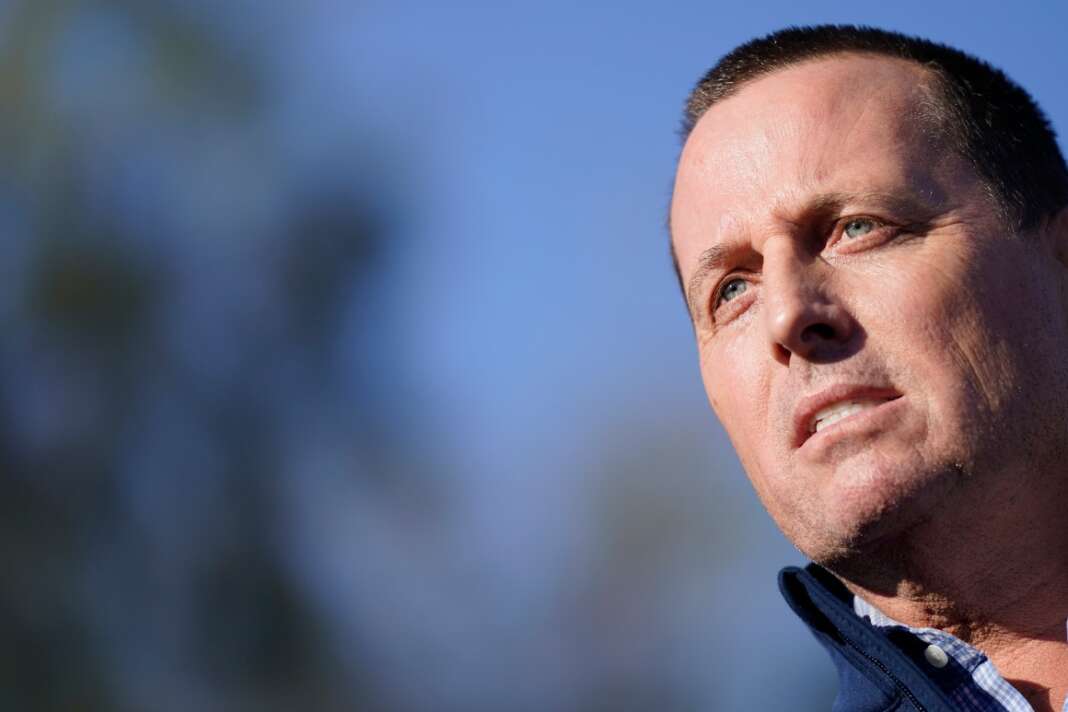 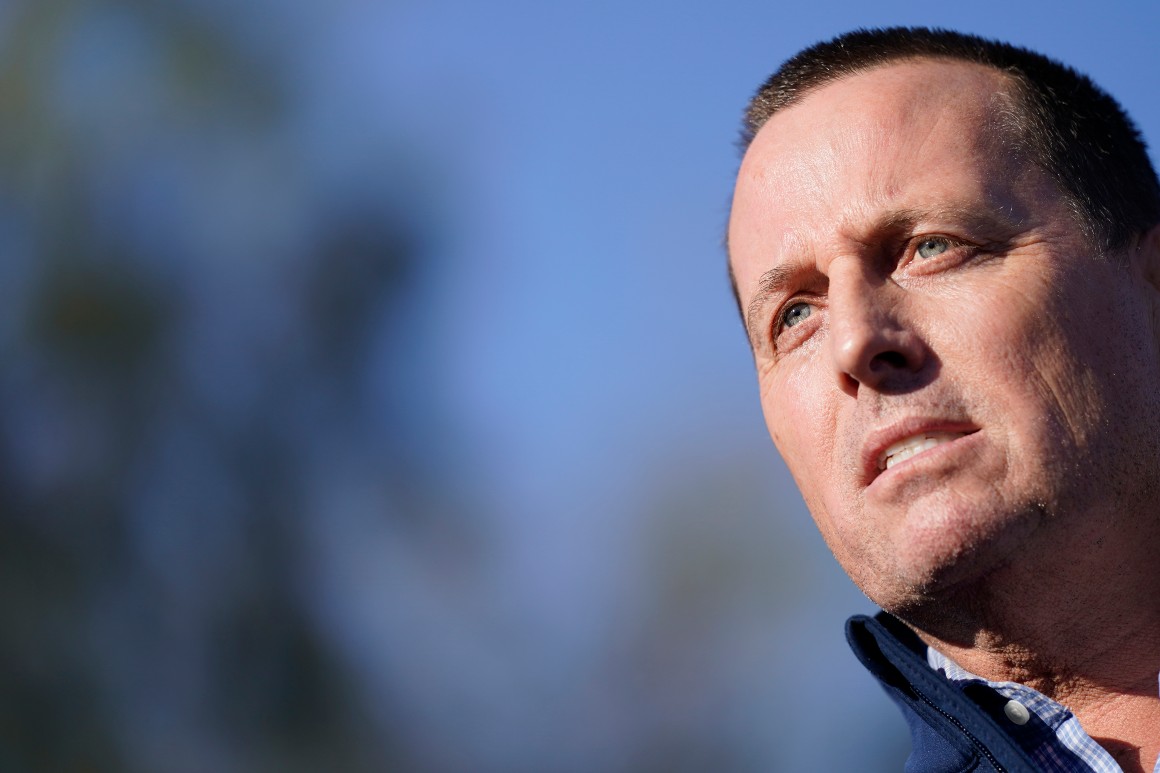 WASHINGTON — Richard Grenell, a fierce ally of former President Donald Trump and a fixture in MAGA politics, is interviewing campaign strategists and laying groundwork for a potential run for California governor if the bid to recall Gov. Gavin Newsom goes forward, according to a Republican strategist who has spoken with Grenell about his plans.

The strategist said Grenell, the former ambassador to Germany and acting director of national intelligence in the Trump administration, told him he plans to announce his campaign once the recall effort qualifies for the ballot, as appears increasingly likely.

A second strategist said Friday that Grenell is also speaking with major Southern California donors about a potential run.

The recall campaign, if it does qualify, would face long odds in heavily Democratic California, which has become more inhospitable to Republicans in the years since Democratic Gov. Gray Davis was recalled in 2003. And Grenell, due to his close ties to Trump, would appear to have a limited constituency in a state that Trump lost by nearly 30 percentage points in November.

Still, Newsom’s public approval rating has slumped amid the coronavirus pandemic. And Grenell’s overtures are reflective of intense interest nationally from Republicans in recalling the Democratic governor of the nation’s most populous state. The Republican National Committee is pouring $250,000 into the effort.

Grenell said in an email that “it isn’t true” that he has begun interviewing campaign staff and strategists and is preparing to announce a run if the recall qualifies. A source close to him said that “it could still go either way.”

Grenell’s entry into the race could instantly reorganize the Republican field in the recall campaign, draining conservative support from other candidates and fracturing Newsom’s opponents along MAGA lines. And it could help Newsom to define the campaign against him as a product of Trump allies.

“It’d just be a disaster,” said Rob Stutzman, a Republican political strategist in California who has been critical of Trump. “That’s a huge gift to Newsom to be able to frame the recall as Trumpists versus him.”

A Grenell candidacy, he said, “increases the odds that the recall just becomes a dead letter.”

It is possible, however, that Grenell could galvanize base Republicans in the state. More than 100 candidates ran to replace Davis in 2003. If the recall qualifies, the field of candidates this year could match or exceed that. And with a field so large, a candidate who can organize even a relatively small segment of the electorate could be successful.

While California’s overall electorate strenuously disapproves of Trump, he has remained popular among Republicans, earning more than six million votes in California. An endorsement from Trump played a decisive role in vaulting Republican John Cox into the 2018 general election, where he lost resoundingly to Newsom.

Grenell’s bona fides with the GOP base may exceed those of Cox. Former San Diego Councilman Carl DeMaio, who speaks with Grenell periodically and hosts a radio show with a substantial conservative audience, said “the lines light up” when Grenell is involved. DeMaio, a critic of former GOP San Diego Mayor Kevin Faulconer — who has already announced his candidacy — said Grenell would “get the base to show up” in California and argued Grenell’s bluntness could appeal to some independents. And beyond spurring turnout, DeMaio said, Grenell could command a larger fundraising network.

“You have a potential candidate here who, if he ran, would have more name ID than the other names being considered,” DeMaio said, predicting Grenell could quickly raise substantial sums by tapping into Trump’s donor list. “He would actually be able to compete with the Democrat money machine in California.”

Faulconer’s campaign declined to comment on Grenell on Friday. Cox, who is also running, said in a prepared statement, “I like Rick and his international service to the nation speaks for itself. Regardless of who may run, my effort is focused on the solutions desperately wanted by Californians forgotten by the political establishment class like Gavin Newsom and Kevin Faulconer.”

Grenell, who has been publicly pummeling Newsom, has been encouraged to run by major Trump donors.

In late January, Grenell penned an op-ed on Fox News ripping into Newsom’s management of the coronavirus pandemic, saying “he cannot be recalled fast enough.” And when the Biden White House weighed in this week against the recall, Grenell wrote on Twitter, “White House now panicking about @recallgavin2020 campaign. Meanwhile, schools closed, gyms closed, churches closed, restaurants only outdoors, vaccine distribution awful, homelessness out of control, rolling blackouts – Gavin’s incompetence will be on the ballot.”

A celebrity among Donald Trump loyalists, Grenell has been a staunch defender of Trump’s nationalist policies and a reliably controversial presence on Twitter, offering biting criticism of reporters and Democrats. A former adviser to U.N. Ambassador John Bolton, Grenell also worked for Mitt Romney’s presidential campaign in 2012. Fox News reported in August that he had joined the Republican National Committee as a senior adviser focused on LGBTQ outreach.

Recall organizers appear close to collecting the 1.5 million valid signatures they will need to qualify for the ballot by mid-March. If they are successful, the recall measure could go to voters later this year.